Arches and Streetways in Genoa

On our way back from Cinque Terre, the family stopped for a few hours in Genoa, the city of Christopher Columbus and once a powerful city-state that ruled this coast, including down to Cinque Terre. Genoa is an industrial city, a port city, with the sixth-largest population in Italia.

The new and the old contrast intensely in Genoa, and we spent most of our time exploring the old part of town with museums, cafes and a lot of street art. We passed a holiday market. The city felt like it was coming out of winter’s deep sleep and waking up, with a cafe setting up colorful flags outside its patio for patrons to sit.

After a lunch with some vino rosso, we headed back to the car to continue our trip back to Laigueglia. We passed the house where Christopher Columbus grew up – modest, run-down and in the middle of a boulevard. I’m sure everything around it came later, the house watching anxiously as progress took away its neighbors.

I want to go back to Genoa. 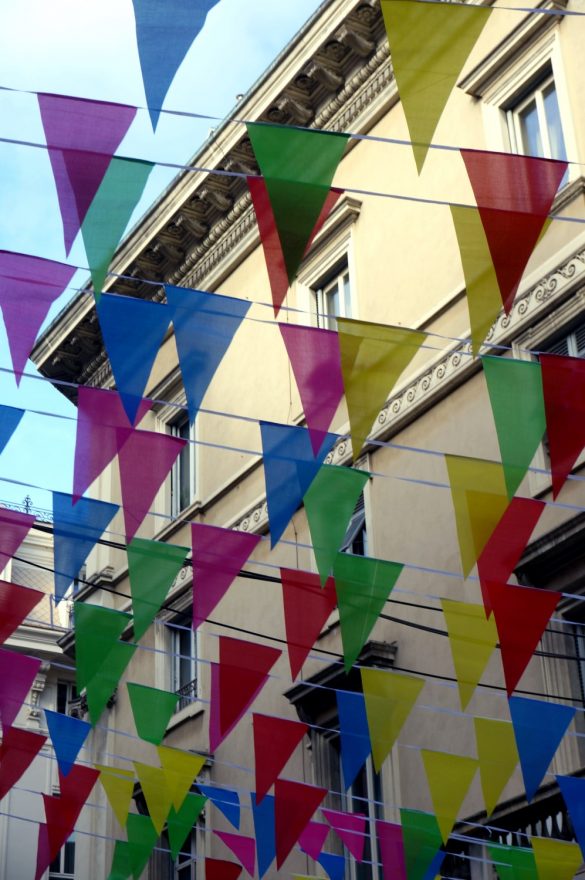 Alleys and Trails Along the Coast

Walk on a Crisp Morning

Winter Walks in the City

Please Do Not Touch

Morning Walk Out the City

Castle in the sky

The Storks who Rule Marrakech

Art at the End of Ben Franklin Ave

The Trek Up to Dead Woman’s Pass

Courtyards of the 17th Century

A Walking Tour through the Medina